You are here: Home / Archives for Divorce and Technology 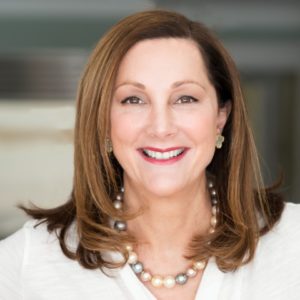 Breaking the news to divorcing clients that courts are closed indefinitely (except for the most extreme of emergencies) has added yet another layer of stress and strain to the avalanche of burdens clients already bear.

It has not been easy to absorb the news that the trajectory of their divorce has been indefinitely derailed. In the old normal, trying as it was to go through the process, at least the promise of having had an end in sight engendered more than a small measure of hope.

For clients who have successfully negotiated and signed their divorce agreements, until they can have the judge’s blessing that their agreement passes muster and they are officially divorced, they are left with a pervasive sense that finality is outside their grasp. And, on the opposite end of the spectrum, for those clients who are well into the heart of the process but still far from settlement, the fact that the courts will be unavailable — and then certainly backlogged — brings on a different host of far-reaching concerns.

Fortunately, those of us who are trained mediators have been able to offer clients an efficient and effective alternative: tele-mediation. In short, tele-mediation is the distribution of mediation services and information through various telecommunication technologies. Most notable of these have been Zoom and Microsoft Teams, modalities that offer document-sharing capabilities and private breakout rooms.

With fall quickly approaching, it is that time again, at once bittersweet and anticipated by parents everywhere – back-to-school. But, if you are recently separated or in the midst of a divorce, this first back-to-school season will be another in a series of adjustments. Summer certainly had its own challenges and negotiating vacations when children are not in school can be tough, but the upcoming school year poses its own unique issues to face. Read more.

Bitcoin has become a buzzword recently, more well-known to some than others, but unless you live under a rock that does not get WiFi, you have surely at the very least heard the term tossed around. For those less informed on the emerging value system, Bitcoin is a digital currency used as a peer-to-peer payment system. Developed in 2009, bitcoins can be exchanged for goods, services and other currencies. While bitcoins have been under fire for their use in illegal activities (e.g. the recently exposed online black market Silk Road), they have legitimate uses as well, making the debate over this new cryptocurrency a hot-button topic. Read more.

The Huffington Post recently highlighted “7 Weird Divorce Stories,” and the real-life marital tales of woe are hard to believe.

Framing these quirky anecdotes is the recent story of a UK woman, who claimed that she was not made aware that “divorce” would legally end her marriage. Read more.

Beginning to date after a divorce can be tough. After all, you have been through a lot in your previous relationship, to put it mildly, and you may find it difficult to jump back into the dating pool. Dating someone who is also going through a divorce can pose further challenges. While dating someone who is in a similar situation can be beneficial and rewarding because they know what you are going through more so than anyone else, the situation may require a slower pace and a more carefully navigated path. Read more.

Before modern divorce, the Mantokuji temple in Japan was known as the “divorce temple” — a place where women could separate from their husbands before law granted them the legal right to do so.  Historically, until the 19th century, Mantokuji was a women-only convent that assisted women in ending their marriages.  At the time, divorce was hard to come by when instigated by the woman and the temple offered a degree of legal protection. Read more.

A fifteen-year-old student in the small town of Crawley, England recently created an art project that has gone viral on the internet.  Hoping to symbolize the tendency of people to rush into marriage and end up divorced, she created a wedding dress completely out of divorce papers.  The dress used divorce papers, arranged in a puffy, princess-style gown.  In fact, unless you look close at the flat front panel, you may not even realize that the dress is comprised entirely of divorce papers.  In order to get the material, she printed a divorce form from the internet and photocopied it 1,500 times. The one-of-a-kind dress was completed in the span of a ten hour art exam.  Read more.

Marriage and divorce are huge decisions and both are not made hastily. At Fields and Dennis, we deal with the repercussions of divorce on a daily basis, finding resolutions to some of the most difficult situations. Divorce is not something easily decided upon by our clients, but sometimes it is the only solution. In our ever-changing society, we must adapt to newly emerging concerns and issues that arise in our technology-driven world.

Relationships are complex, unique, and ever changing. An article from the largest Psychology website in China [www lansin. com] recently explored the benefits of social media on marriage and how social media may also negatively enforce existing problems within failing relationships headed for divorce.  Read more here.

Divorcing couples tempted to break into their spouse’s e-mail may wish to reconsider.  A Michigan man going through a divorce used his wife’s password to access her e-mail account through a home computer they shared.  He then attempted to use some of those e-mails in the divorce proceeding.  The local D.A. pressed charges under a state privacy statute and, if convicted, the man could face five years in prison. Certainly, one lesson here is that curious spouses should not hack into their spouse’s email.  The other lesson: divorcing couples should change passwords and, if possible, limit use of a shared computer.  Check out the story at http://www.msnbc.msn.com/id/40820892/ns/technology_and_science-security/