You are here: Home / Archives for Child Custody

Joshua Baish looks uncomfortable in his orange jumpsuit as he tells his story in a video conference call at the Denton County Jail in early August. Fifteen video monitors line the walls inside the small visitation room, and nearly all of them are in use this Sunday afternoon. Several children patiently wait to see their fathers, who are behind bars for various reasons, since a video call won’t connect until a minute before each meeting.

No one is waiting to see Baish, who says he hasn’t seen his 4-year-old twin daughters since the judge sentenced him in late July.

In June, he drove to his ex-wife’s house on Father’s Day to pick up his daughters for a weekend visit and was met by two Denton police officers and a freshly filed temporary restraining order. “The accusation?” he wrote on Facebook. “I was forcing Lily to be a boy. And that it constitutes abuse.”

Before anyone asks, no, I’m not some sort of new age, millennial, hipster-chic parent living in a commune, attempting to raise genderless, nameless offspring who will one day grow up and decide these things independent of their father and me. Not that there’s anything wrong with that, but it’s just not us. My husband and I learned all three of our kids’ biological sexes via ultrasound and we planned accordingly. I dressed my boys in blue, my girl in pink.

I’d always hoped to have a child of each gender. And God, in only God’s divine way, was brilliant enough to give me one of each: a cisgender male, Jack, born in 2000, a cisgender female. Kate, born in 2002, and a few years later, when my third and last child was born, well, God threw all caution to the wind and decided to confuse everyone and make the ride just a little more fun. 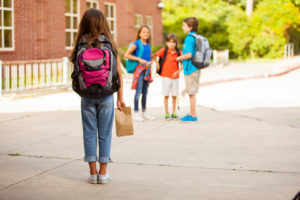 Transgender children are more likely than their cisgender peers to have a mental health diagnosis, says a study in Pediatrics. The study says gender dysphoria may play a role in this phenomenon. Gender dysphoria is distress that occurs when a person’s assigned gender does not match their gender identity.

Previous research has documented higher rates of suicidal thoughts among transgender populations. A 2012 study found two-thirds of transgender people have considered suicide. In the same study, 26% of trans women and 30% of trans men said they had attempted suicide in the past.

The divorced parents had joint custody of their three children and equal parenting time.

But soon after the mother began allowing their male child — identified in legal documents as “L.” — to wear a skirt to school, the father took his ex-wife to court.

Arguing that the mother, “through various acts, was pushing a female gender identification on L.,” the father asked for sole legal custody to make decisions about the child’s health care and schooling, according to court records. He also requested L. live with him full-time.

Thanks to the Massachusetts Association of Guardians Ad Litem (MAGAL) for inviting Attorney Jonathan Fields to speak at their annual conference on November 7 on high-conflict cases in litigation and mediation.  The keynote speaker, Bill Eddy, was terrific.  The title, too, was excellent– “I’m OK, You’re a X$!#@&%!!!: High-Conflict Behavior in Family Law Cases.”

In trying to equalize a parenting schedule, do you count “sleep time” and “school time” or only “awake time”?  In a modification action, a Probate and Family Court judge changed the parenting schedule without finding a change in circumstances on the theory that the percentage of “awake time” (time that the “children were not at school, camp, or awake”) spent with each parent was roughly equivalent to the previous schedule. The Appeals Court reversed, noting that the law has not “neatly divided custodial parenthood into waking, sleeping, and schooling categories.  Nor should it.  Disregarding sleep or school time ignores that children get sick, have nightmares, and otherwise require their parent’s assistance at unexpected times.”  Parents are always “on call,” the Appeals Court continued: “[t]he responsibilities of a parent do not end when a child is asleep, at school or day care, or otherwise outside of the parent’s presence.”  Katzman v. Healy, 77 Mass.App.Ct. 589