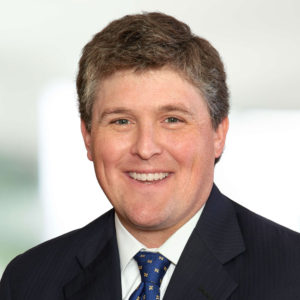 An experienced litigator, Attorney Jonathan Crafts is a partner at Fields and Dennis who has represented clients in complex commercial litigation and white-collar criminal defense matters for 15 years. He advises a full range of clients, including multi-million-dollar public and private companies, closely-held corporations and individuals, in a variety of areas, including contract, trade secret, antitrust, fraud, and partnership disputes. Attorney Crafts also has extensive experience in white collar and compliance matters, and has conducted internal corporate investigations related to False Claims Act and Foreign Corrupt Practices Act allegations for large, multi-national companies. Attorney Crafts joined Fields and Dennis in 2020, after having practiced at two multinational law firms and a Boston-based litigation boutique.

Represented hedge fund in action brought by investor involving allegations of
fraud, breach of contract, breach of fiduciary duty, and violation of M.G.L. ch. 93A.

Represented General Counsel in employment action against former employer for
retaliatory termination from demand through settlement.

Represented individual against allegations of violations of the Massachusetts Wage
Act, fraud, and unjust enrichment from Motion to Dismiss through settlement.

Represented weapons manufacturer in FCPA investigation by the DOJ and the SEC,
including in the preparation for and negotiation of settlement terms.

Attorney Crafts received his law degree from George Washington University Law School, where he wrote for the American Intellectual Property Law Association Quarterly Journal, and received a Bachelor of Arts in Economics at Williams College.

Jonathan Fields will be speaking at MCLE’s Inheritance, Trusts & Divorce conference on 11/14/2022. The program is part of Massachusetts Continuing Legal Education’s support of attorneys to stay ahead of legal trends and complex issues that they face in their practice. Estate planning attorneys and divorce attorneys will inevitably face complicated issues revolving around inheritance, […]